Normally I would be very upset to find that Michael had gone into the kitchen and taken food. When I heard the commotion as I was coming downstairs this evening, I expected to find him with cookies or goldfish, or even a bag of chocolate chips from the pantry.
I was ready with my "Mama's really upset with you" voice. And when I finally caught a glimpse of him, I was not prepared for what I saw. 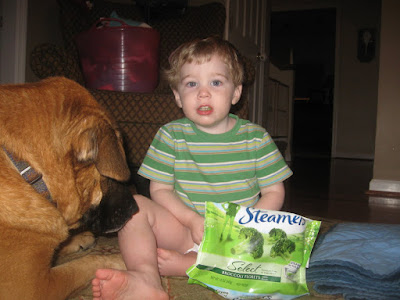 Broccoli. That's right. Could I get mad at him for eating broccoli??? No, but I could get mad at him for stealing the broccoli and feeding it to the dog. I prepared my "angry Mama" voice once again and asked him if he was feeding George. 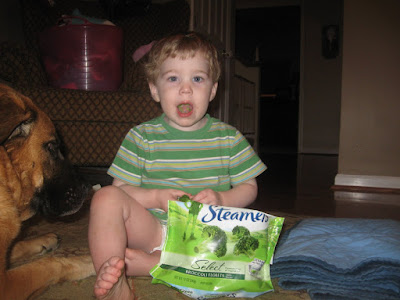 Then he opened his mouth and showed me he was not sharing, but eating it all himself. And by the way George was salivating, it was pretty clear the dog wasn't getting any.
Way to catch a Mama off guard, Michael. I moved him, and the broccoli, to his chair and he finished the entire bag.
Posted by AER at 5:11 PM 1 comment: Links to this post 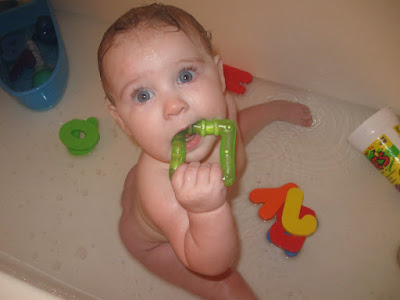 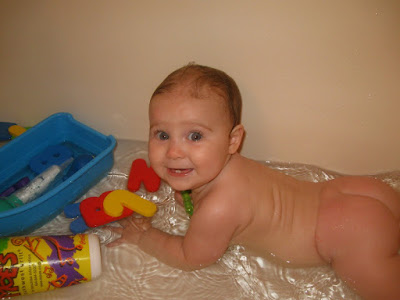 Posted by AER at 8:58 AM No comments: Links to this post 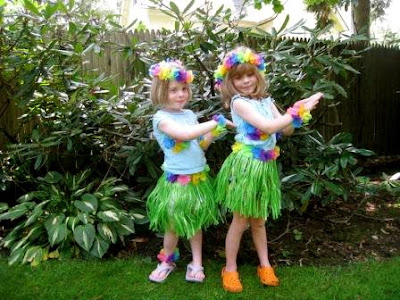 I am pretty sure that this is not in Hawaii, but instead in Nami and Geet's backyard. But who knows... they are on an excellent adventure.
Posted by AER at 6:51 PM No comments: Links to this post

After putting it off way too long, I finally moved Michael out of his crib. He had been climbing out pretty much daily and it was only a matter of time until he hurt himself. 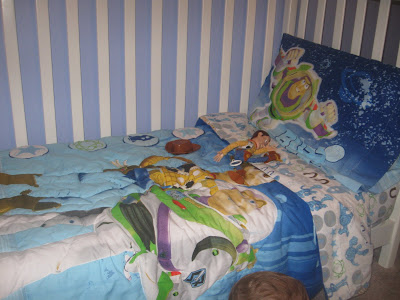 So I found some Toy Story bedding and he is thrilled. He is already very particular, too - the Buzz Lightyear side of the pillow case must ALWAYS be facing up. 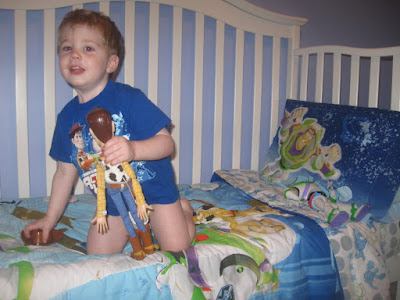 Faith wanted to check the new bed out as well. She was excited because a big boy bed for Michael meant she was now in a room of her own and wouldn't have to dodge all the stuffed animals Michael had started throwing in her crib. 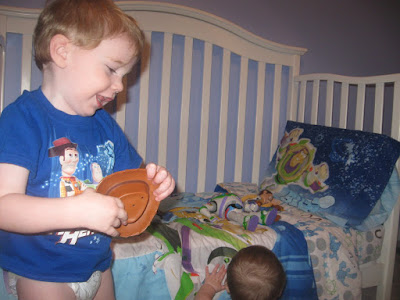 He is still a bit confused how all the sheets are supposed to work. To solve that, the first night he pulled all the sheets and comforter off the bed, made a pile on the floor and slept on that. 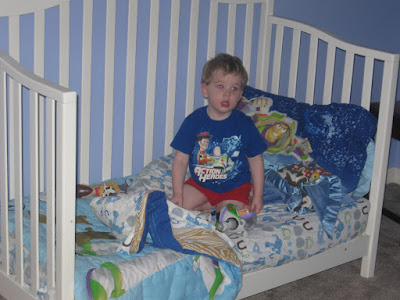 Perhaps the biggest change for Michael is the freedom he now enjoys. He can move around his room however he wants when he is supposed to be sleeping. I think this may be his favorite part. He loves standing at the gate at the door and yelling for me to come and get him. 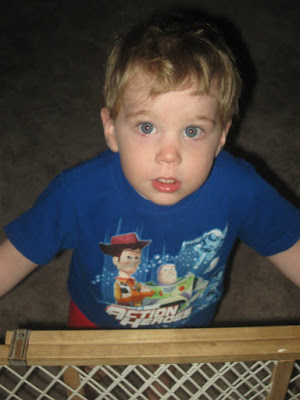 Excellent Adventure: At the Beach

The girls went to lunch with Nami, Nana and PopPop and afterwards were able to enjoy some time at the beach. 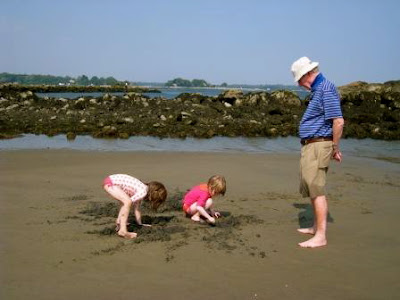 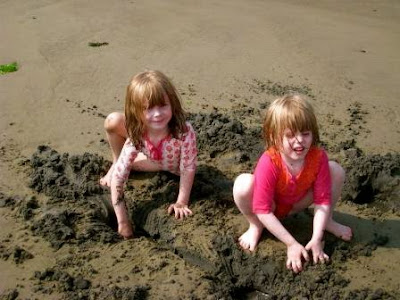 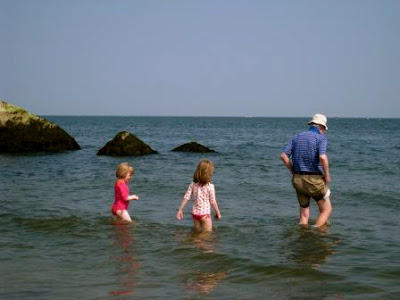 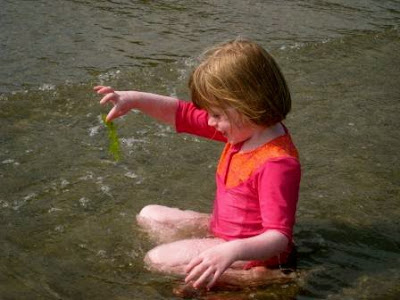 Posted by AER at 8:27 AM No comments: Links to this post

Excellent Adventure: Behind the Wheel 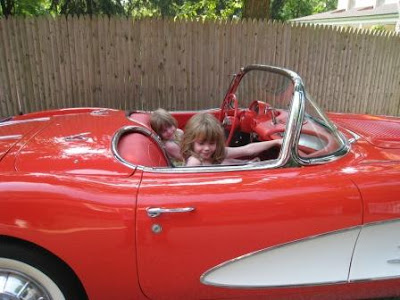 The girls looking pretty comfortable in Geet's car.
Posted by AER at 8:03 AM 2 comments: Links to this post 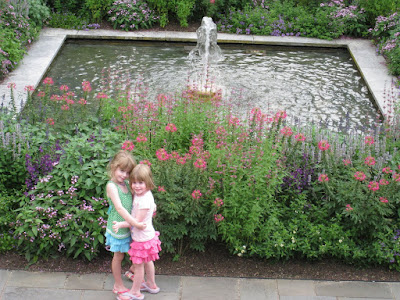 Annabelle and Grace at Longwood Gardens, part of their Excellent Adventure.
Posted by AER at 10:49 AM No comments: Links to this post 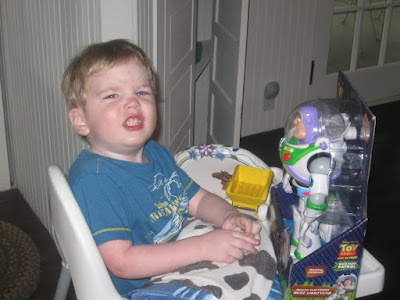 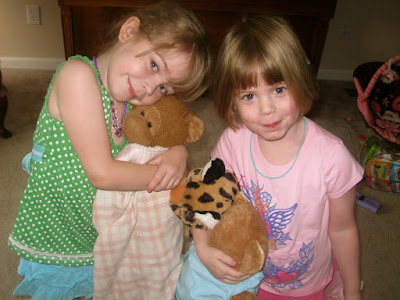 Yesterday morning, Nami and Geet took Grace and Annabelle on an Excellent Adventure. They packed up some of their favorite stuffed animals and set off about 7 in the morning. 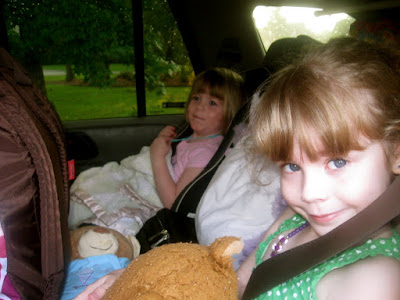 The house is so much quieter (and I had been blaming Michael for most of the noise). I can't wait to hear about all of their adventures. Hopefully they will send some pictures that I can post.
Posted by AER at 5:18 AM 2 comments: Links to this post 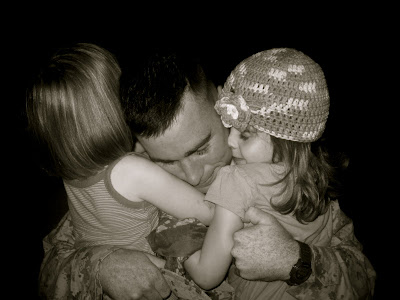 Eric is off again on another deployment. It is never easy, but this time just seems too soon. We were just getting used to having him home again, and now he is gone.  He had to report to base at about 9:00 last night, so the little ones stayed home and Annabelle, Grace and I drove him into work to say goodbye. 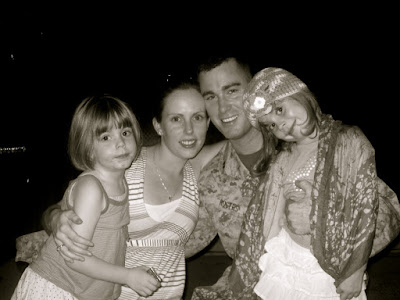 We hope this deployment goes by quickly, that we have many visitors along the way (hint, hint), and that Eric is home safely before we know it.
Posted by AER at 5:00 AM 2 comments: Links to this post 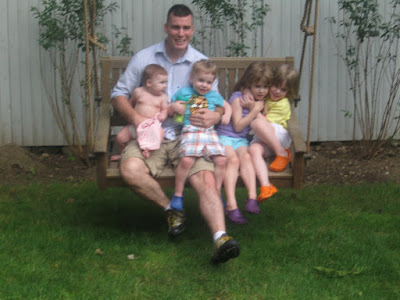 Posted by AER at 9:59 AM No comments: Links to this post 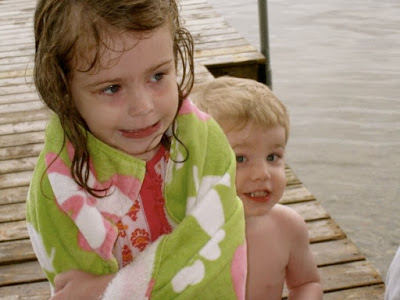 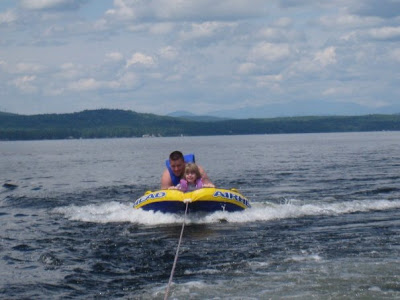 Annabelle was not a huge fan of the boat. She enjoyed tubing for a bit, but too much time made her feel sea sick. 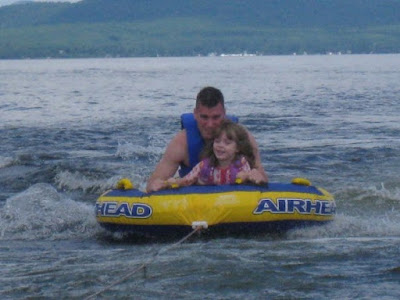 Grace loved every second. You could hear her screaming "Wahoo" the whole time. 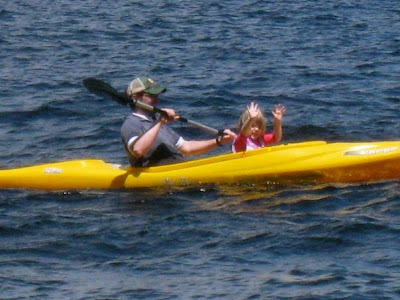 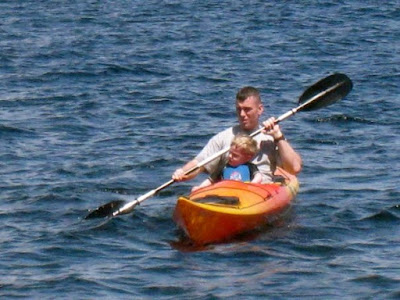